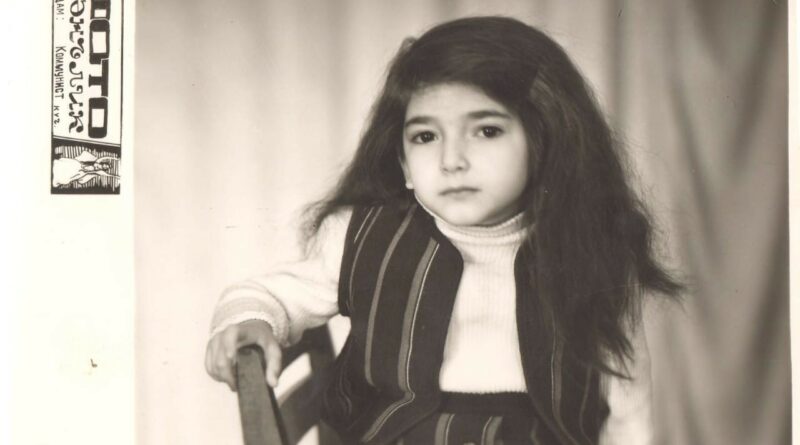 Saadat Mammadova, a journalist with over 25 years of experience is the Head of the News Department of the CBC TV Azerbaijan. She is one of the most prominent journalists in Azerbaijan, a recipient of top media awards in the country, including “Honorary Journalist of Azerbaijan,” given to the most dedicated journalists. She was born and spent her school years in Aghdam, the city which fell under the control of Armenia-backed Karabakh separatists in 1993 during the First Karabakh War. Mammadova and her family had to flee Aghdam and became IDPs. Her success despite the challenges is an outstanding example of persistence, courage and professionalism. On November 20, 2020, Saadat Mammadova along with 200 000 thousand IDPs celebrated the liberation of the city of Aghdam. After 27 years, those people are no longer IDPs. 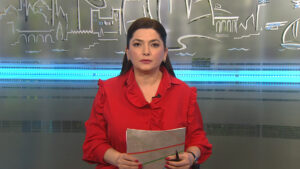 -Your name, which means “happiness” is one of the most common names in Azerbaijan and neighboring countries. How would Saadat Mammadova introduce herself in three sentences?

-I am proud that my name stands among the professional journalists in the country and because of that, I have always worked hard to develop myself. Luckily, having the best professors during the university years has made a huge impact on my professional development. Throughout the years I have been actively involved in various projects, related to contemporary media. Therefore, the meaning of my name is truly associated with my profession.

-People associate their lives with the professions. They may like their profession or not, but eventually, it becomes their lifestyle. When did you decide to become a journalist and how hard it is to have journalism as a lifestyle?

-I decided to become a journalist when I was in the 5th grade, It was the time when the national revival movement was taking place in the country. Those were the last years of the USSR. This period was remarkable with terms such as “perestroika,” “glasnost,” and “democracy” Suddenly, the media environment in the country has changed. New media outlets, especially newspapers appeared. Well-known papers such as “Azerbaijan” and “Azadlig” had different styles of reporting. I was reading articles from these papers in front of a mirror. Truly, it felt like as if I am standing in the TV studio and delivering news. Surely, that was the 1st step to journalism.

In my opinion, if a person is dedicated to his profession, then it becomes a part of your life. When you are successful in your field, then definitely your profession will play a major role in your life.

Personally, I think TV journalism is not only a specific profession, but it is definitely a different world.

– Can everyone become a journalist?

-If a person is aware of general topics, has an ability to write and pronounce, then this person could succeed. However, this is not the case with everyone.

A professional journalist should have his specific style when it comes to reporting. Therefore, many people could consider themselves as journalists, but not all of them are successful and professional. 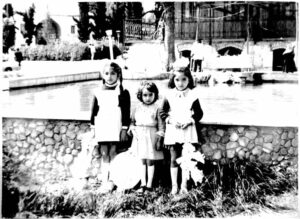 Saadat Mammadova with her sisters in Aghdam city center

-Undoubtedly, the places we were born are affecting our lifestyle. You are from the city of Aghdam, which has been under the occupation of the Armenian armed forces for 27 years. Ten days ago Aghdam was liberated according to the trilateral agreement between Azerbaijan, Armenia, and Russia. How can you explain someone’s desire to go back home, realizing that it is impossible? How does it feel?

-There is no word to describe the loss of your land, hometown. You witness how your city is being bombed and the people are forced to flee. Then you realize that you won’t be able to breathe that air, drink your city’s water and visit the graves of your dear ones. Ten days ago, my hometown, the city of Aghdam was liberated and I asked those, who were able to travel there to find my house and take its picture. In fact, finding houses in Aghdam is extremely hard, as the majority of the buildings have been completely destroyed over the years of occupation. Luckily, one of my acquaintances was able to find our house. When we saw our house, the tears of sadness and joy filled our eyes.

Imagine, you can take a direct flight from Baku to New York City, but there is no way you can travel to Aghdam, which is 200 kilometers from Baku. Indeed wars are the most horrific tragedies in the history of mankind, and unfortunately, Azerbaijanis have had to experience it several times.

I believe that a human being as a biological creature receives energy from the soil, from the land where he walks. When you steal land from someone, you take the power of that person. Therefore, I am sure that I and our nation have become much stronger and confident after the liberation of our territories. 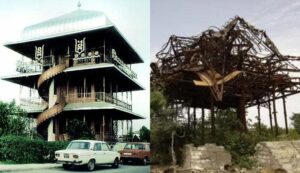 Aghdam Tea House: before and after the occupation

-As someone from Karabakh and a journalist, you are the best person to bring up the horrors of war to the attention of the international community. What methods did you and your team use during the coverage of the Second Karabakh War?

-CBC TV, where I work, is the first and only international satellite TV channel in Azerbaijan, which broadcasts news in Azerbaijani, Russian, English, and Armenian languages. Our goal is to deliver the facts to our target audience in their native languages.

From the start of the Second Karabakh War on September 27 until the end of it on November 10, we have sent our reporters to the line of confrontation, as well as the residential areas, where dozens of civilians were killed by the Armenian Armed Forces. Our focus was on the element of “human touch,” which focuses on the lives of civilians affected by the war. Our reporters covered the human stories in the cities of Ganja and Barda located far away from the conflict zone, but which have been hit by long-range ballistic missiles several times, causing the death of dozens of civilians, including infants. I should mention that the city of Tartar, which has been shelled daily since the start of the conflict is completely destroyed now. Our goal was to show to the people across the world the atrocities against civilians.

We continued to use our social media channels to the deliver the news. CBC TV is active on Facebook, Twitter and Instagram. It has been more than two months since we have changed our agenda, and we exclusively focused on the coverage of the war and now we continue covering the post-war situation in the Karabakh region.

-What are the must-have qualities for a conflict reporter?

-Journalists, who are involved in conflict reporting have to be trained in specific courses in order to know how to report from extreme situations. During the live stream or while preparing a reportage, a journalist should know what is important and what is not allowed to include. For instance, some information can de confidential and journalists should take this fact into account and not disclose it. Even a single word used inappropriately could cause a huge disaster.

Journalists covering conflicts should have knowledge about the background of the conflict and have great analytical skills.

– “A journalist should not become the news” This is what the editors tell their reporter when assigning them to cover the conflict zones. What were your suggestions to your reporters who were covering the Second Karabakh War?

-When the war broke out in September, we sent 8 journalists to the conflict zone. They all were trained and well informed on how to act in the field. Journalists were told to follow the guidelines created by the Military Information Center, which clearly provides information about the safety and security guidelines. It was crucially important to follow these guidelines, as it was a matter of national security.

A journalist should not put his life and the lives of others in danger.

-Some researchers claim that TV journalism will disappear over time. How real is this claim amid global digitalization?

-The only change in the TV industry is its technical aspects, not its mission. Transmission channels, video formats are things that evaluate, but the aim of TV reporting stays the same. It is a fact that online TV reporting is cost-efficient, and many people tend to watch them even on their smartphones. Despite that the traditional TV journalism is to stay in our lives, as the majority of the professional journalists function within TV channels.

Broadcasters around the world tend to find a solution to bring back the past fame of the industry amid the increasing number of online platforms. Unfortunately, there have not been any concrete solutions. Therefore, the global TV industry continues to experience the tendency of losing audiences to online platforms. the aim has become debatable since 2012 and I have been actively involved in these discussions.

I became one of the founders of online TV in Azerbaijan, as I and my colleagues realized it is necessary to follow the demand of the audience.

However, I believe that the only change in TV industry is its technical aspects, not its mission. Transmission channels, video formats are things that evaluate, but the aim of TV reporting stays the same. It is a fact that online TV reporting is cost-efficient, and many people tend to watch them even on their smartphones. Despite that, the traditional TV journalism is to stay in our lives, as the majority of the professional journalists function within TV channels.

Broadcasters around the world tend to find a solution to bring back the past fame of the industry amid the increasing number of online platforms. Unfortunately, there have not been any concrete solutions. Therefore, the global TV industry continues to experience the tendency of losing audiences to online platforms. 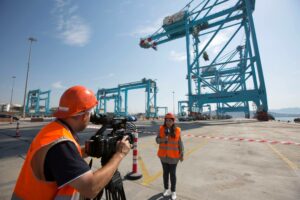 Saadat Mammadova at the Petlim Container Port in Aliaga, Turkey

-What is the biggest achievement of Azerbaijani media in the era of digitalization?

-Digitalization of media in Azerbaijan has brought many changes to our society, including the diversification of media. There are many online media platforms in Azerbaijan, which operate mainly via social media. This fact as well has created a stable ground for freedom of speech.

As Azerbaijan has space satellites, it has become cost-efficient to broadcast the news to larger audiences across the world. Finally, digitalization has accelerated the integration of Azerbaijani media into the global media environment.

-Finally, what should beginner journalists learn from the experienced ones? What is really essential?

-First of all, beginners should learn from the experienced one’s self-confidence. One without knowledge and outlook cannot be confident, and therefore, the quality of the work will not be high enough. The key to professionalism is self-confidence and self-development. There is a proverb in Azerbaijan which says „believe in yourself, and then you will be strong”

Pictures of the protagonist: Personal archive of Saadat Mammadova 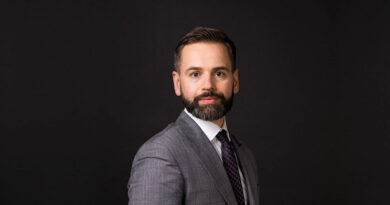 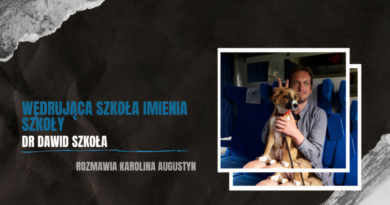 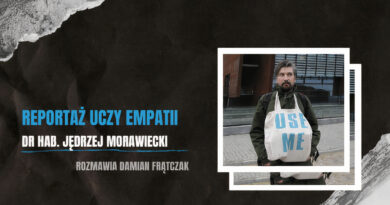